Vegan eggs: what they are made of, what they taste like and how they can be used 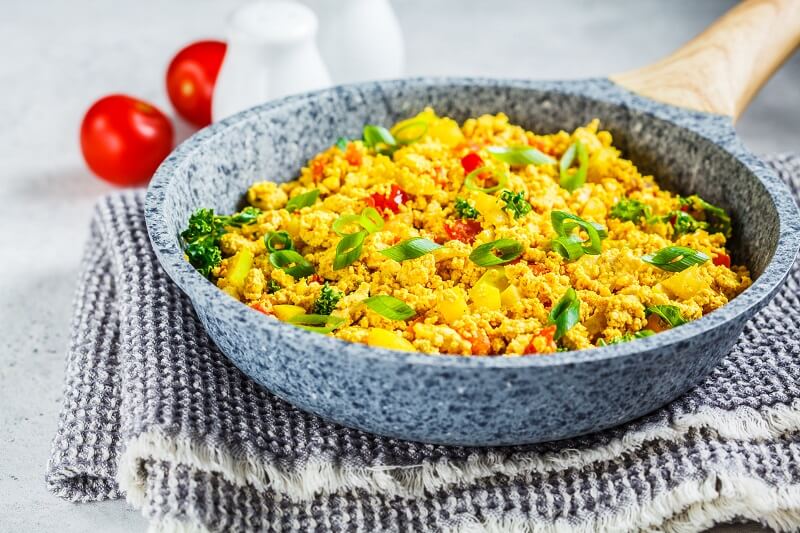 For people who want to gradually switch to a vegetarian or vegan diet, reducing the amount of animal protein they consume daily can be a challenge, especially if your favorite foods include milk, eggs, and cheese.

As for dairy and cheese, alternatives have long been available in the shops: almond milk, coconut milk, soy milk, tofu and cashew cheese, coconut cream and other products are high in proteins and are excellent substitutes. But what choices do you have if you love eggs and eat them regularly? To satisfy the growing vegan market, food producers have in recent years created vegan eggs made from plant proteins. Are these any good? Do they really taste like eggs? Are they healthier for us than regular eggs?

Vegans have long used various substitutes for eggs, especially in baking. Depending on the type of cakes, eggs can be replaced by mashed bananas, baked apple puree, soy lecithin, flaxseed soaked in water and then ground in a blender, etc.

The news in the food industry are vegan eggs, which mimic the taste of regular eggs, only they are plant-based. Some are made with protein obtained from algae (seaweed), others with protein from mung beans, sorghum, peas, and they may contain turmeric for the natural yellow color. In addition to these, the composition of vegan eggs includes substances that give them the taste and structural properties of ordinary eggs (ability to coagulate under heat or act as a binder in food): modified cellulose, flavorings, carrageenan, inactive yeast, black salt (for the sulphureous egg smell).

These eggs can be bought either as pasteurized liquid, frozen liquid or as a powder, which can then be hydrated with water or other liquids and used in dishes. Scientists have also been able to reproduce the structure of some dishes, so when these vegan eggs are prepared as scrambled eggs they coagulate in the same way as chicken eggs.

Besides, vegan eggs can be used in a variety of dishes for taste or texture, such as in pancakes, balls, muffins, cakes, pies, and tarts.

A year ago, two French researchers and entrepreneurs launched “Les Merveilloeufs”, eggs with a texture, appearance and taste that mimic traditional eggs, including the shell. In terms of taste, these eggs have a more subtle, if slightly more sulphureous flavor, according to the two researchers. These eggs are considered the most evolved product of this kind that has been launched on the market so far.