HomeHobbyHow to prepare your Christmas cactus so it turns into a cascade...
Hobby
12/21/2021 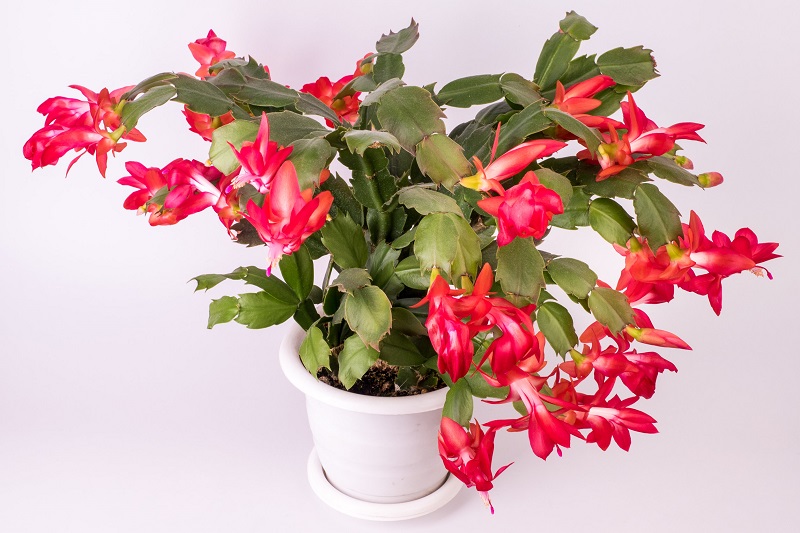 Your Christmas cactus will turn into the most beautiful festive ornament with its beautiful blooms.

The festive season is approaching, and the Advent season is well underway. We decorate our homes with lights, candles, ornaments, and wreaths, but a Christmas cactus with its beautiful flowers should also be part of the festive decoration.

Christmas cactus, a gorgeous plant that blooms towards the end of the year is a real winter treat: not only does it decorate the home, but it also makes a great gift. This ornamental plant is relatively easy to keep and not difficult to get to flower. If you follow some simple tips on how to care for the plant, you can ensure that it blooms beautifully by the holidays.

The Christmas cactus is not really a cactus, and the name Christmas has been given simply because it blooms during the festive weeks at the end of the year. The Christmas cactus is actually a tropical and subtropical evergreen perennial plant species that grows on trees in its native habitat. These facts already shed light on several important facts about the cactus.

If given the right care, the Christmas cactus can be a grateful plant: by the time the holidays arrive, it will be loaded with beautiful flowers. The Christmas cactus is a so-called short-day plant, which means that it can get by with relatively few hours of light a day. As it normally lives below the canopy of trees, the plant’s light requirements are average: it does not need direct, strong sunlight and prefers cooler temperatures, and it requires at least 10-12 hours of darkness a day in the weeks before flowering. If this is not provided, flowering will be poor or absent. 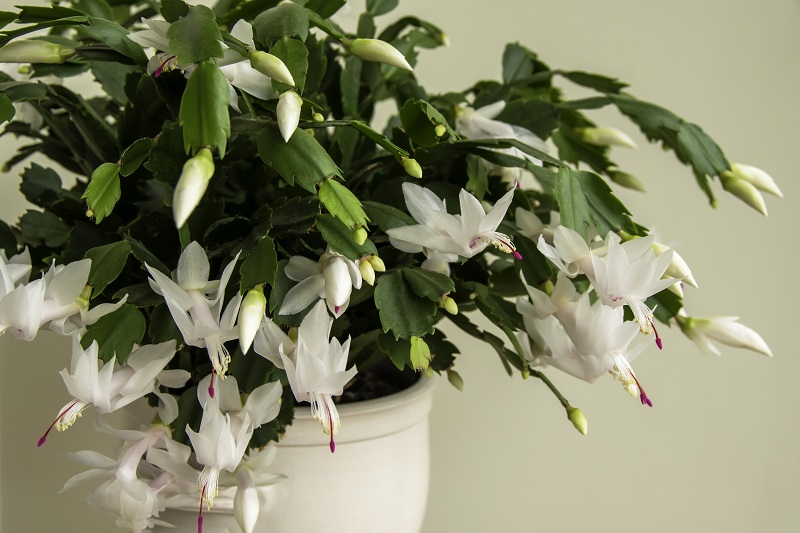 More about the light requirements of the plant

The light requirements of the Christmas cactus vary with the seasons. In the spring and summer, it can be placed on a sunny balcony or patio where it receives plenty of light but not too much sun. From autumn onwards, it needs less sunlight and the 10-12 hours of darkness per day mentioned above are essential for flowering.

If you are getting or buying your cactus now, you don’t need to worry about this, as it probably has been kept in the right circumstances, but if you are keeping the plant and growing it for next year, make sure you do so from the beginning of autumn!

From September onwards, you can even cover the cactus in the evenings, for example with a cardboard box, so that it is not disturbed by artificial light. This covering is no longer necessary from November onwards, or rather when the flower buds appear. An interesting tip is not to rotate the plant once flowering has started, but to keep the light coming from the same direction.

How to water properly

Watering should be balanced, i.e. the soil should not be allowed to dry out, but too much water should also be avoided, as it can lead to waterlogging and root rot. This typically means watering weekly to every 10 days from spring to autumn, and from September onwards, watering should be reduced in line with the light deprivation.

Watering should be more frequent again after the flowers appear, and during flowering you can water up to every 3-4 days. This ornamental plant prefers humid conditions, so it can be pampered with an evaporating tray or daily spraying with water. It can’t stand dry air very well, which is usually a problem during winter in many houses, so make sure you humidify the plant’s environment. 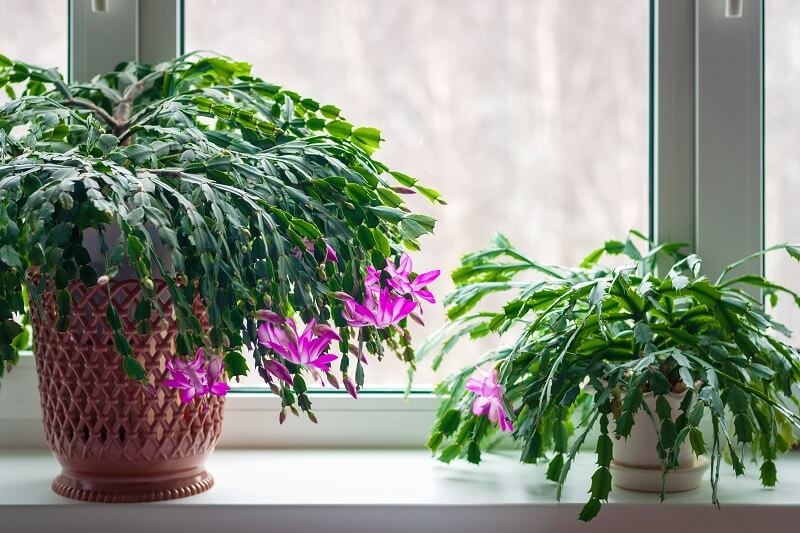 The most difficult condition to ensure is the right temperature. The Christmas cactus does not like heat: it prefers temperatures of 15-17 degrees Celsius, especially before and during flowering; at classic room temperatures the flowers often fail to appear.

The situation is similar for plants that have already flowered: keeping them in a warm, heated room drastically shortens flowering time. It is therefore advisable to place the cactus on a cooler windowsill (but not next to an open window) or in a cooler but bright part of the house.

A Christmas cactus requires more intensive fertilization during two periods of the year: the second half of spring, up to and including the first few weeks of summer, and from the end of autumn, from the beginning of flowering until the end of flowering, roughly January. The appropriate nutrient solution should be applied every two weeks.

Like many other ornamental plants, a Christmas cactus will benefit from periodic transplanting, with younger specimens needing 1-2 and older specimens 3-4 transplanting every year. Traditional potting soil is not suitable; instead, use a looser, more aerated cactus soil or a mixture of peat, compost and sand.

Christmas cactus can also be propagated at home by simple cuttings. The detached leaves should be placed half submerged in water (or soil) and after 3-5 weeks, when they have taken root, they can be planted. The Christmas cactus is not affected often by plant diseases. Wilting leaves indicate lack of water, while yellowing, softened leaves indicate overwatering. Among the pests, sap-sucking aphids and spider mites are a threat, but these can be easily disposed of by washing them off with water.