HomeLifestyleWhat are people’s lives like who believe in Hell?
Lifestyle
03/04/2014

What are people’s lives like who believe in Hell? 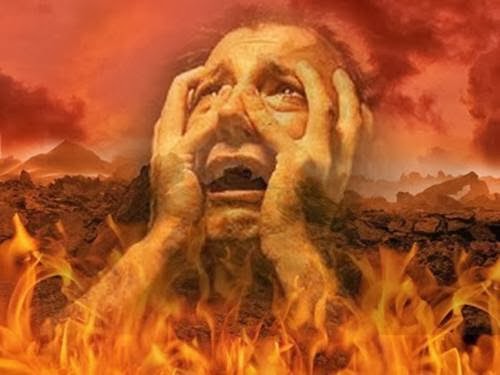 Even though believing in punishment coming after death may have beneficial effects on the social level, the majority of people who believe in the existence of Hell lead a less happy personal life, according to a recent study.

Psychological and sociological studies have shown over time that in societies where many individuals believe in the existence of a supernatural punishment after death, this conviction has positive overall effects in the respective society, including a lower crime rate and accentuated economic growth in developing countries.  However, there is another side to the coin: believing in Hell leads to a lower sense of happiness and satisfaction in personal life – demonstrates a research conducted at the University of Oregon.

In a study published in PLOS ONE, researchers analyzed data collected through international surveys to find out how believing in Heaven and Hell affects the emotional state of people in everyday life, as well as their overall satisfaction with their lives.

Many people believe in the existence of both Heaven and Hell. American researchers concentrated on those who believed in only one of these two concepts. A great majority of these people believed in the existence of Heaven, but not that of Hell. Specialists analyzed data collected from 63 countries, concluding the following: the more belief in Heaven exceeds belief in Hell in a given country, the more people are happy and satisfied with their lives.

The analyzed data come from surveys realized by Gallup World Poll, World Values Survey and European Values Survey. In 55 out of 63 countries included in the survey, Christians or Muslims were in majority; however, the analysis of individual responses didn’t reveal any significant differences between the Abrahamic religions (Judaism, Christianity and Islam) and non-Abrahamic religions regarding the relationship between the analyzed beliefs and satisfaction in life.

The question is whether there is a causative link between believing in Hell and being unhappy a.k.a. “people are unhappy because they believe in Hell”? Not necessarily; the study doesn’t exclude the possibility of unhappy people believing in Hell as a result of their unhappiness.

In order to clarify the meaning of the above causative relation, the researchers carried through their own survey, asking 422 individuals to write about Heaven, about Hell, or about what they had done on the previous day, and then to estimate the amount of experiencing 7 emotions: joy, sadness, guilt, security, shame, fear and peace. The estimation values of those who believe in Heaven didn’t differ from the estimations of those who wrote about previous day activities, showing that a belief in Heaven doesn’t make people happier. On the other hand, persons who wrote about Hell, regardless of their religious beliefs, scored lower in happiness rate and higher in sadness rate than the other two groups. The researchers proposed two hypotheses to explain this phenomenon:

Previous research effectuated at the University of Kansas shows that in countries where people tend to believe in Heaven rather than in Hell the rate of crime is higher. The researchers suppose that the belief in Hell as a supernatural punishment reduces antisocial behaviour and motivates people to be more cooperative, as a result of their fear of punishment.