Small animals hit by cars usually end up in the stomachs of predators – unless a good friend stands by them, who prevents it.

Evolution can’t keep track with the development of human technology. We can’t expect of animals not to step out onto roads and not being blinded by the headlights of cars, or to estimate the speed of a car and avoid the collision. All this means that roads will continue to be lined with the dead bodies of animals hit by vehicles.

The recording below shows a squirrel who had a similar fate – it is not difficult to reconstruct the antecedents. Two squirrels tried to cross the road and they didn’t look around properly. One of them could jump away from the approaching car, but the other one was flattened. Its friend couldn’t really make sense of what happened, so he kept guarding his dead companion waiting for him to wake up. But the crows didn’t hesitate for long to dive down and have an easy lunch.

The less heroic explanation is that the living squirrel would have preferred to eat his dead kin, and he was protecting his meal from the crows. The video testifies that squirrels are not timid at all when they need to protect their food. 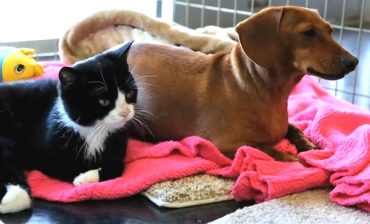 Touching: the dachshund doesn’t leave the side of the paralyzed cat 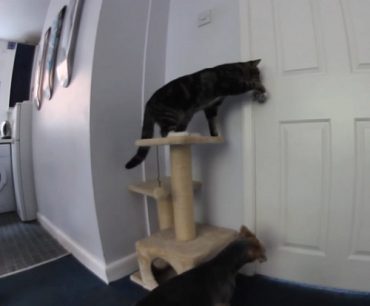 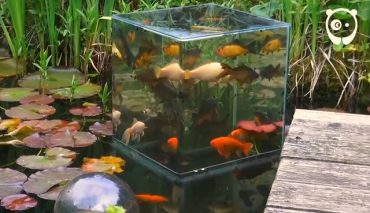 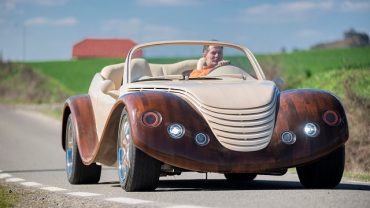 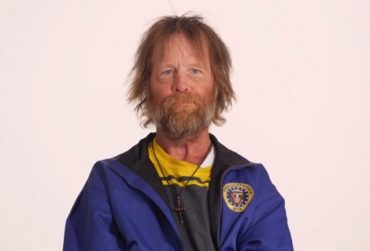 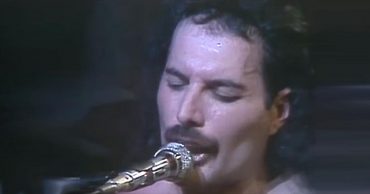