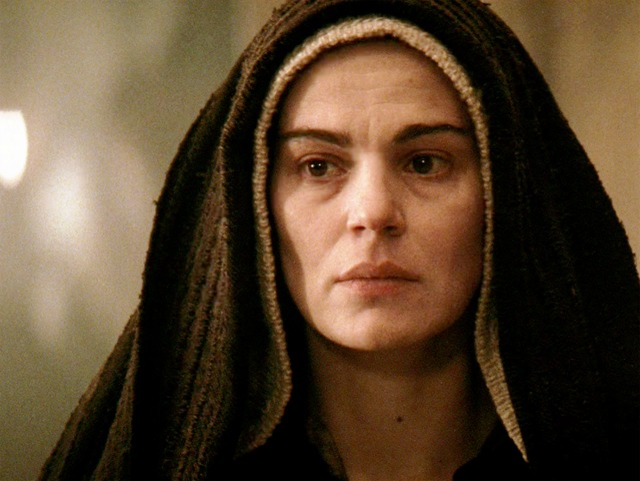 Probably better known abroad than in their home country, some Romanians have managed to gain respect by their talent, and to become role models for many generations all around the world. Below, we are going to present some of those personalities who make us proud by representing us in various countries. 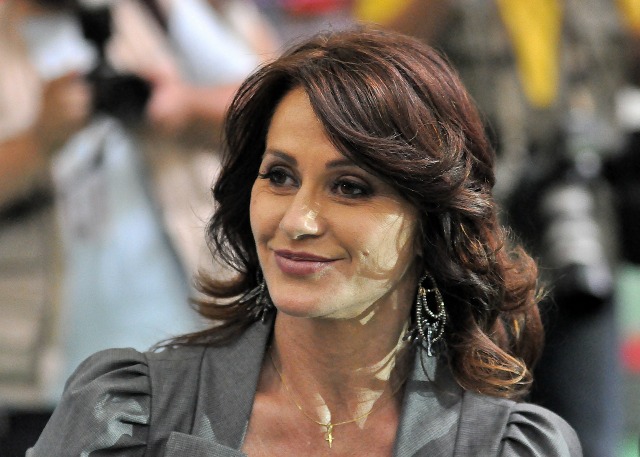 Nadia Comăneci was born on November 12 1961, in Oneşti, Bacău County, and she became well known after obtaining 10/10 at a gymnastics competition for the first time in the sport’s history. During her career, the gymnast won five Olympic gold medals, and she is still considered one of the best sportswoman of the 20th century, and one of the best gymnasts of all times, Nadia is the first Romanian sportswoman featuring in the International Gymnastics Hall of Fame. 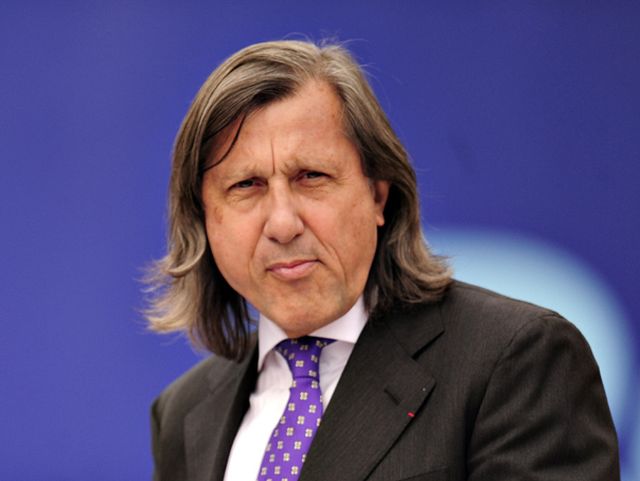 Ilie Năstase was born on July 19 1946 in Bucharest, and he is one of the best known tennis players in Romania, and one of the most appreciated sportsmen worldwide. The Romanian tennis player has won first place on international level twice during his career, in 1972 and in 1973. All in all, Ilie won 60 competitions in both single and double play. One of his famous double partners was Roland Garros in 1970, at the US Open in 1972, at Wimbledon in 1973 and at US Open again in 1975. Besides, the Romanian sportsman won the Champions’ Tournament four times, in 1971, 1972, 1973 and 1975.

Besides his spectacular performance, Năstase became famous because of his jokes during games, and also because of his use of aggressive tactics, the reason why he has gained the nickname Nasty. France is one of the countries that most appreciates Năstase; in 2009, the president Nicolas Sarkozy offered him the National Order of the Legion of Honour, the highest distinction offered by the French state. 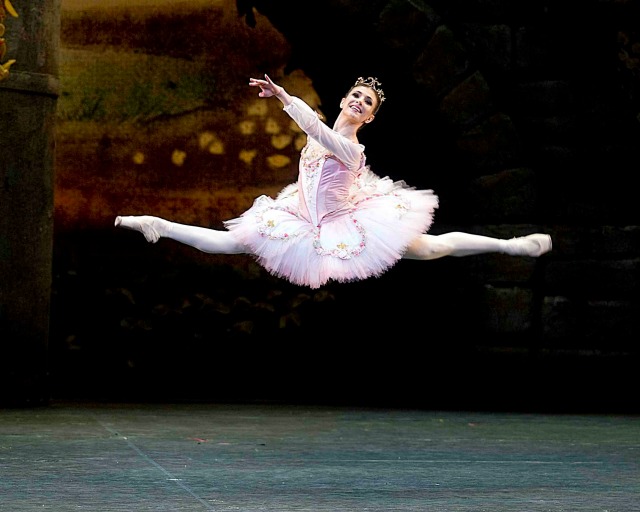 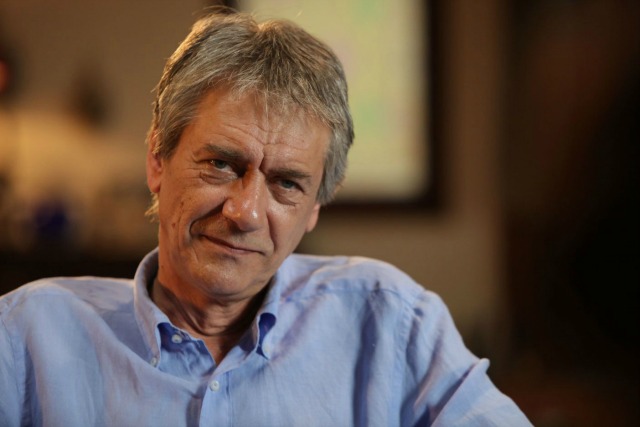 Over the years, Iureş has consolidated his prestige at national and international level by featuring in numerous filmography projects along many famous Hollywood actors. He played with Bruce Willis, Tom Cruise, Brad Pitt, Johnny Depp, Morgan Freeman and Antonio Banderas.

Marcel’s journey towards acting started from his childhood. According to his confessions, he started wearing strong prescription glasses at 16, even though his eyesight was perfect. Of course, when he looked in the mirror, he couldn’t see a thing, so he looked over the glasses. He was fascinated by the fact that he saw his reflection in the mirror above the glasses, instead of through them. He thought, it was a very special thing to be able to see without glasses even though wearing glasses. Marcel considers that this train of thoughts became essential in his decision to pursue an acting career.

Maia Morgenstern, a Romanian actress of Jewish origin, was born on May 1 1962 in Bucharest. She possesses an unusual stubbornness, without which she doesn’t think she would have succeeded. Her debut in cinematography was in the movie “Too Hot for May (“Prea cald pentru luna mai”), produced by Maria Callas Dinescu in 1983. Morgenstern’s name means “the morning star”, which in German refers to a name given to Mary the mother of Jesus, a reason that contributed to Mel Gibson’s choice to ask the actress to play the role of Mary in “The Passion of the Christ” in 2004. Of course, Maia’s ethnic origin was another reason for Gibson’s decision. The actress gained fame first when playing in the movie “The Oak” (“Balanta” in the original), directed by Lucian Pintilie, Morgenstern was declared to be “the star of tomorrow”, and she won the Felix Award offered by the European Film Academy.

Monica Elena Bîrlădeanu, also known as Monica Dean in the United States, is a successful actress from Romania. Born on December 12 1978, Monica Bîrlădeanu is popular in Romania and abroad, mainly as a TV anchor. Besides, she accepted a role in the series Lost in 2006 after performing in the “Death of Mr. Lazarescu” (“Moartea domnului Lăzărescu”).

Monica has given up her career as a TV anchor for becoming an actress. She tried her luck abroad and she succeeded, gaining countless fans after her performance in the famous series. 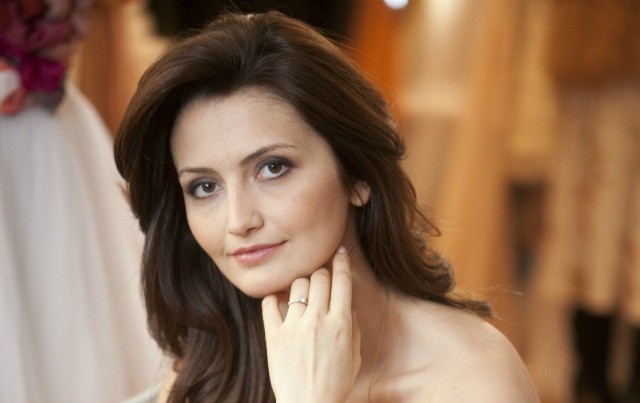 Maria Lucia Hohan is the best known Romanian designer abroad, with her creations that have been worn by Nicole Scherzinger, Jennifer Lopez, Taylor Swift, Selena Gomez, Maria Menounos, Eva Longoria, Katherine Heigl and Vanessa Hudgens at important world events including the Oscar Awards. Maria studied textile design in Paris at L’Institut Superieur Des Arts Applique. She had worked for other brands before launching her own name brand, MLH in 2004. 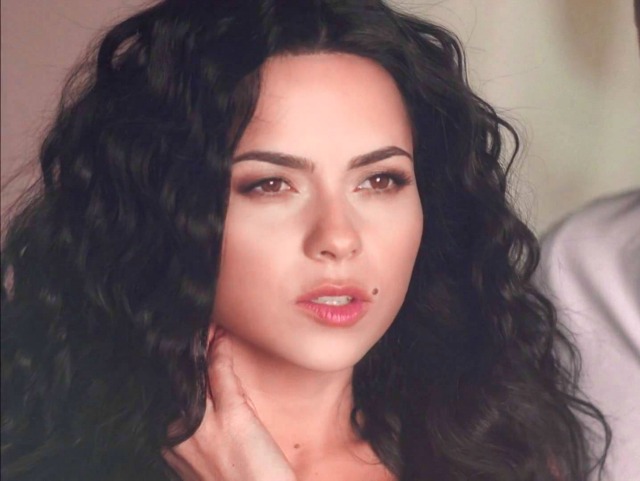 Inna, Elena Alexandra Apostoleanu by her real name, was born on October 16, 1986 in Mangalia. A singer who has adopted the dance style, Inna has become the best known Romanian artist abroad after she launched her single “Hot” in 2008. The song has become a hit in radios from Romania, Bulgaria, Poland, Russia, Hungary, Turkey and Greece. In 2009 Inna launched her first album also entitled “Hot”, which has reached one of the top placements in European hit lists. In 2010, the song “Hot” Became Number One in the hit list Billboard Hot Airplay. Inna is also remarkable by her beauty. She was featured in several FHM tabloids in Romania, France and the Czech Republic, and she was voted one of the most beautiful women in the world. 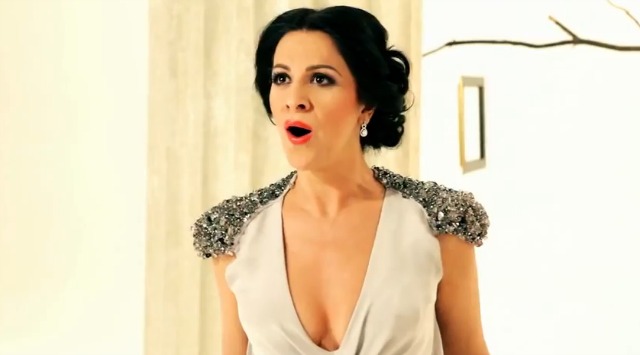 The soprano Angela Gheorghiu is one of the most renowned opera singers in the world. Her recordings have won numerous awards such as the Grammy Award, Dyapason D’or, Choc du Monde de la Musique and the USA Critics Award.

Angela Gheorghiu won the title of “artist of the year” at the Classical Brit Awards in 2001 and 2010. Among her recent successes it is worth to mention her role in Tosca in London; Faust, transmitted live all around the world; three productions at the Royal Opera House (Faust, Adriana Lecouvreur and Tosca) in 2011 and 2012; finally, an invitation from the Russian president Dmitri Medvedev to sing at the reopening gala of the Balsoi Theatre in Moscow, also transmitted live and online worldwide.

In February of this year, Angela Gheorghiu opened the Viennese Opera Ball, by interpreting „Habanera” (Carmen) and „I Could Have Danced All Night” (My Fair Lady). The soprano was accompanied by the Vienna Opera Orchestra conducted by Georges Pretre. 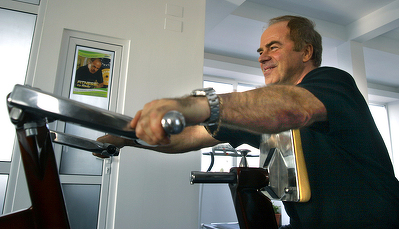 Radu Teodorescu was named “the best fitness instructor in New York” by the New York Times. His success came along with launching the video tape “Shape Your Body Workout” in 1002, co-produced with Cindy Crawford. The video has become the top selling visual material worldwide.

In 1996 the instructor produced Radu’s Simply Fit, a bestseller in which he explains the philosophy behind his training sessions. Radu’s students include Anthony Quinn, Jennifer Lopez, Faye Dunaway, Jodie Foster and Robert Redford.