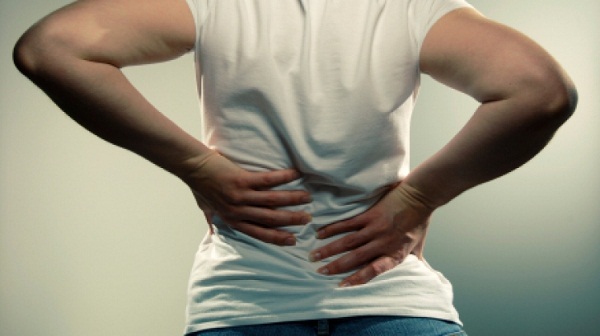 The McKenzie-therapy is a mechanical diagnosis and health regime for patients struggling with spinal cord problems, explains physiotherapist Anna Matkovics.

The therapy consists of multiple parts. The A-module deals with the problems of spine in the lumbar and the groin area.

McKenzie therapy in case of the derangement syndrome

Back and waist area problems can be of several kinds. In the case of the derangement syndrome, the joints become dislodged, and the patient’s movement range is reduced. One example is spinal hernia, which involves a dislodged disk and an increased pressure in the respective area.

If a nerve root is pressed, the patient will experience numbness, tingling, confusion of physical sensations, pain and muscle weakness in the limbs on the same side of the body. If a severe muscle pain occurs, or difficulty retaining urination, one should immediately see a doctor.

The essence of the McKenzie-therapy is to find the necessary motion to move the displaced joint or disk back to its place. This is possible by preforming the appropriate motion repeatedly. During the therapy, the pressure on the nerve will be relieved as well, and the radiation pain and other symptoms will subside. This process is called centralisation – there will be a remittance of pain in the extremities, as the pain moves towards the center of the irritation, and it will cause less and less complaints over the course of the therapy, completely subsiding by the end.

McKenzie therapy in case of dysfunctional and postural syndrome

In case of dysfunctional and postural syndrome, tissues become damaged. For example, scar tissue which has formed after a spine operation and hasn’t been properly treated during rehabilitation will literally swallow up the nerve root, pressing it close to a disk, thus creating radiating pain. The goal, again, is to use repeated movement to carefully stretch the scar tissue and free up the nerve root.

The effects of poor posture

In the case of postural syndrome, there is no change in the body. Instead, weak muscles can’t hold the spine in the proper position, and poor posture will be the result. Because of poor posture, tissues are continuously stretched, which eventually will cause chronic pain. Also, in most cases the spine is bent forward, and tissues behind the spine press onto the frontal area of the disks, which makes the disks move backwards. This process makes the spine susceptible to hernia.

With constant bad posture, tissues become weaker and more susceptible to injuries. Also, the extensional (backward) movement range of the spine narrows, and a pain in the waist area will be the result. In this case, the aim of the therapy is to work on the extension deficit, and to help the spine keep its flexibility in all directions. In conclusion, the McKenzie therapy works out its effect by repeated movements of the spine in a certain direction in all cases of spinal defects.