The Largest Albino Family in the World Lives in India 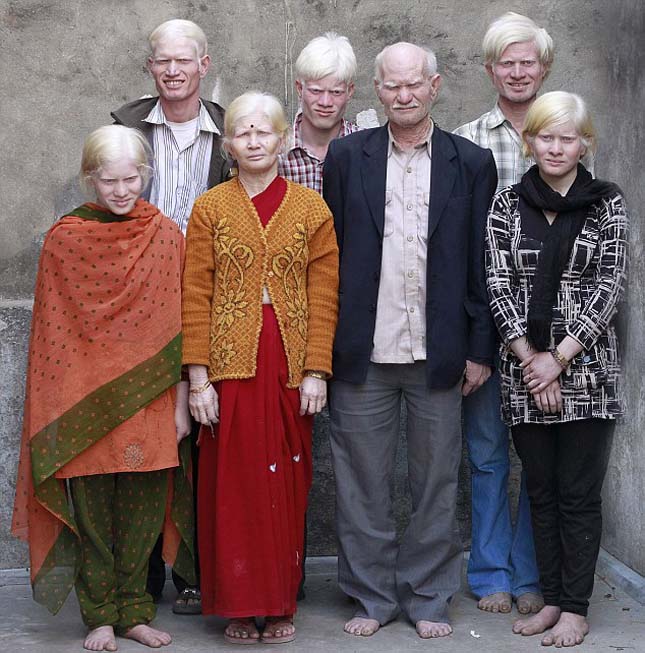 The Pullan family in India has seven members, and all of them are albinos. Albinism (in latin ‘albus’ means white) is a congenital disorder that manifests itself in a diminished or lacking pigmentation of the body. The lack of melanin may occur in the skin, hair and eyes. In some persons all of these occur, in others only one or two symptoms. The albino person’s skin is a milky white, their hair is white as well, and their eyes are reddish. This hereditary condition can be found in people of every skin color, and often is accompanied by a weak eye sight. Besides these, the skin of albinos is sensitive to light. There are about 17 thousand people in the world today living with this condition.

Rosetauri Pullan, his wife, Mani and all of their children have white skin, white hair and light colored eyes, despite them being East Indian. Unfortunately, most people in their surroundings don’t accept them, and, for a long time, the local community treated them as outcasts. Besides, the members of the family have been struggling with health problems caused by albinism. Their skin is exceptionally sensitive to light, so they can’t spend much time outside. Every member of the family has bad eyesight; one boy had to study in an institute for the blind. They don’t find jobs easily; only the father has a permanent job.

Rosetauri and Mani have been married since 1983. The man was shunned and marginalized all his life, because, based on his looks, people didn’t believe he was from India. It’s not surprising, than he ended up marrying another snow white woman. They wouldn’t have imagined, though, that they would have 8 albino children. The couple and five of their children now live in Delhi in a crowded one-room apartment. The older children have already moved out; one of them already has a spouse who is albino as well, and they have a two year old albino daughter. 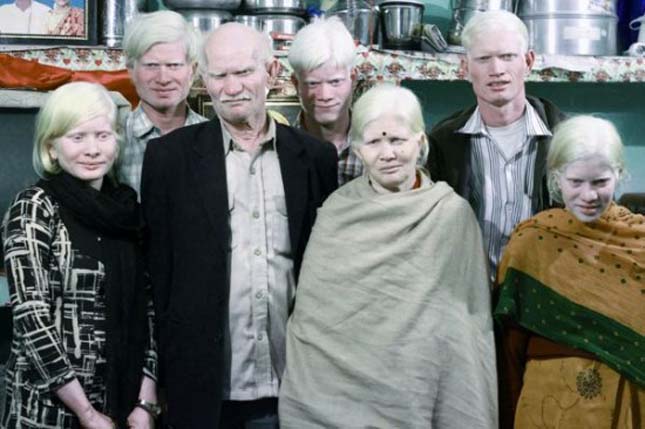 Finally, the committee of The Book of Guinness Records brought some relief to the family’s life when they were entered in the book as the largest albino family in the world. According to the Pullan family, since they have become famous, people around them are much more tolerant, and he family members don’t feel like outcasts anymore.