HomeVideosA penguin that walked to the store with a backpack to buy...
Videos
08/16/2021 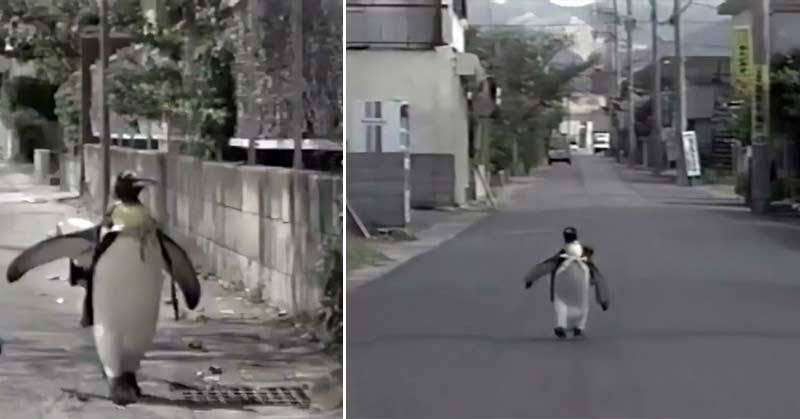 Even though many of us finds penguins adorable, not everybody would have the courage to have a penguin as a pet.

It is considered that penguins are some of the most loyal creatures. When they choose their partner, they will stay together for the rest of their lives. Beyond the fact that they are lovely and loyal, penguins are also very intelligent.

A penguin named Lola was adopted by a Japanese family many years ago. They created for her a chilled room, the perfect environment for the penguin to spend most of her time, and provided the best conditions.

How Lala got to the town

Of course, you may ask how a Royal penguin ended up in a Japanese town.

The penguin was caught in a fish net and got injured. This is how it ended up in the care of a Japanese family that offered to take care of the injured animal. They managed to cure the penguin’s wounds and help her regain her health completely and christened her Lala.

Lala quickly became well-known in the community, especially because she followed her adoptive family all around the town.

A penguin that goes shopping

As she was so used to people and the places in the town, Lala learned the way to the store from where the family bought fish.

After a while, the family decided that they would allow Lala to walk to the store and do her own shopping. They made her a small backpack, and Lala was quick to catch on what they wanted her to do.

Lala continued to live in the community and to do her shopping all by herself.

Unfortunately, Lala died, but the people in the town will always remember her.