HomeTravelParanormal Romania: Places that give you the creeps
Travel
09/01/2017 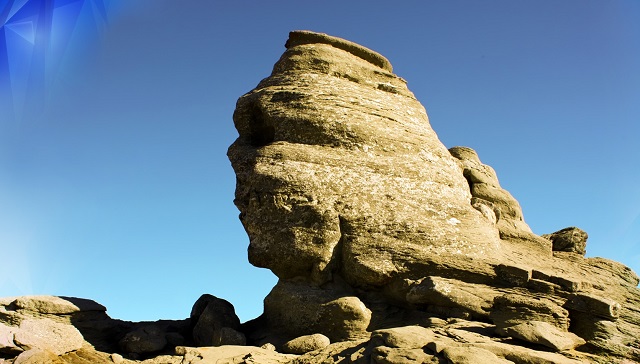 In addition to the wonderful places in Romania that impress by their beauty, there are also some places that can give you the creeps. There exist many legendary places that continue to attract through the mystery that surrounds them.

Below is a selection of the most frightening places in the country, and the reasons why they ended up on the list:

Underground tunnels and places charged with strange energeties are just some of the things that have transformed the Bucegi Mountains into some of the most mysterious places in the country.

According to a legend, a series of underground tunnels are hidden in the Bucegi Mountains. Some fans of the area have even said that several of these tunnels are linked to the pyramids in Egypt, while others believe that there are secrets in these tunnels that nobody should know; some science fiction enthusiasts even think that the tunnels were built by aliens.

Another curiosity of this place is the particularly strong energy field at Omu Peak. Those who venture here claim that this place makes them feel more energized, lighter and full of positive thoughts. In fact, the Omu Peak is considered to be a place where the earth meets the sky.

On the other hand, tourists who venture on Jepii Mici are warned of the legend surrounding these places, according to which it is a magical realm that makes people disappear.

Another legend refers to the Alba Valley; fans of mystery stories claim that the place is loaded with an energy that causes cameras to restart or to go off automatically. Some stories refer even to tourists who were on the Alba Valley for a few minutes, and a little later woke up disoriented in places miles away.

Formations in the Bucegi Mountains such as the Sphinx and Babele, are also featured in legenda. One of the legends refers to the energy pyramid that appears every year on November 28 in Bucegi. On this day, people go to the Sphinx in the hope that they will see how the rays of the sun build a pyramid of energy around the rock formations. Some people even claim that the mysterious pyramid of light has cured them of various diseases.

At the beginning of August, the Ceahlau Mountains offer another unique picture. On August 6, the shadow of the mountain turn into a perfect pyramid.

Located near Cluj, Baciu Forest has always been a subject of interest for people passionate about the paranormal. The forest is considered a kind of Bermuda Triangle where all sorts of paranormal things happen. Moreover, it seems that the forest is preferred by aliens because many cases of UFOs have been reported in the area.

Some of those who entered the forest experienced feelings of uneasiness, and some of them even had the feeling that someone was following them. The forest is avoided by locals, especially when there have been reports of cases where people experienced vomiting, dizziness or migraine after leaving the forest.

In 2014 Baciu Forest was included in the top 5 of the strangest places on Earth in a ranking made by Movie Pilot.

Located near Bucharest, the Witches’ Marsh is one of the strangest and most mysterious places in Romania. The marsh is in the Boldu-Creteasca forest, and the name comes from a legend according to which the witches used to gather here on the day of Sanziene to perform their rituals, and all the curses and rituals performed here turned into reality.

It is believed that Vlad the Impaler was decapitated here. What is still really strange about this marsh is that animals will not drink water from it no matter how thirsty they are, and no creature lives in the water. The marsh never changes its form and never dries out.

In northern Romania there is a hill where cars need to struggle against gravity. Though many are inclined to believe that this phenomenon has a supernatural cause, the reason is most likely an optical illusion that makes a slight downward slope appear to be an upward slope.