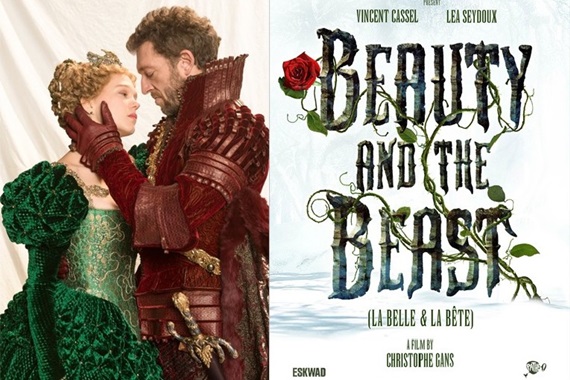 In 2013, we had a short break from tan invasion of fairy tale-inspired movies presented in in 2011-2012. Just as a reminder, we had Little Red Riding Hood, two versions of Snow White, Hansel and Gretel, and Jack and the magic Beanstalk.

Maleficent is inspired by The Sleeping Beauty, but the story centers around the negative character, played by Angelina Jolie, instead of around the princess. Jolie plays the role of the evil witch who throws the curse on Sleeping Beauty. The story is told from the point of view of the negative character, once a beautiful and brave damsel who used to protect the kingdom in which she lived, but she was betrayed by close acquaintances and transformed into a scorpion. This is the reason why she curses Aurora (Elle Fanning), the king’s newborn daughter. From here, the story is essentially unchanged.

The French adopted “The Beauty and the Beast”, and they chose two excellent actors as protagonists: Vincent Cassel and Lea Seydoux, known from the controversial movie La vie d’Adele. “La belle et la bête” is the movie version of the famous fairy tale envisioned by the French producer Christophe Gans, who also produced “Brotherhood of the Wolf” and “Silent Hill”. The story remained the same: a girl is promised to be given to a beast by her own father, and even though the girl is terrified first, she ends up falling in love with the monster. What she doesn’t know, however, is that there is a charming prince underneath the mask of the beast.

Rob Marschall (Chicago, Nine) is coming out with a new musical, in which he combines several fairy tales in one story, and it has a very special team of actors including Meryl Streep, Anna Kendrick, Chris Pine and Johnny Depp. The movie is inspired by a famous musical, and the characters that will come to life in it will be Little Red Riding Hood, Rapunzel, Cinderella, Jack of the Magic Beanstalk, the Bad Wolf and Prince Charming.

Here’s a photo of Meryl Streep in the role of the bad witch: 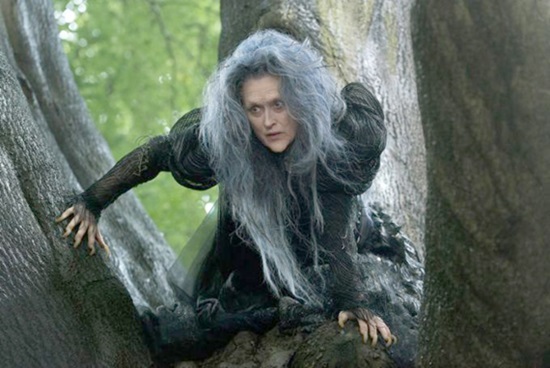 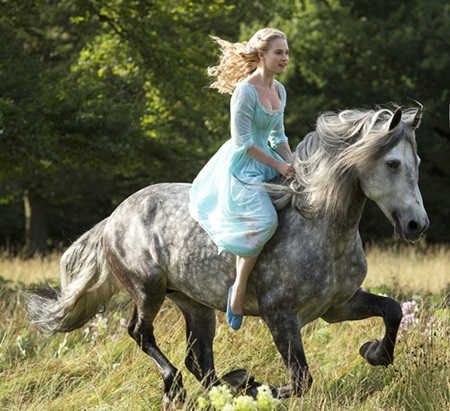 In 2015, we’ll have the chance to enjoy a new screen production of Charles Perrault’s tale, “Cinderella”, produced by Kenneth Branagh. We don’t know too much about this production yet, but the distribution of roles is quite promising: Kate Blanchett plays the role of the stepmother, Richard Madden is the prince, and Helena Bonham Carter is the fairy godmother. As about Cinderella, at least three actresses vied for the role: the British Gabriella Wilde, the Irish Saoirse Ronan, and the Swedish Alicia Vikander. Finally, the winner turned out to be Lily James, best known from Downtown Abbey.