This extravagant 24 year old woman stunned the jury and the audience not only by her unique interpretation of a club song medley on an electric violin, but also by her fascinating personality. These qualities brought her the title of “the most posh and the most bonkers” competitor at Britain’s Got Talent. 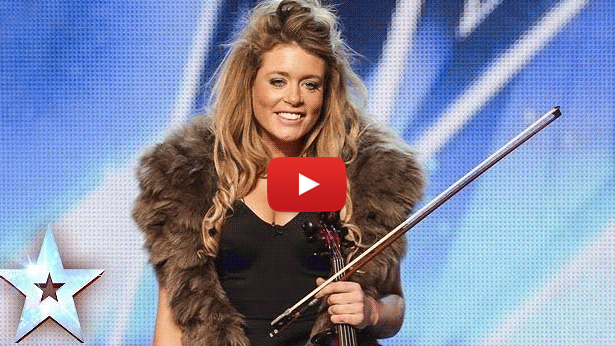 This performance wasn’t Lettice Rowbotham’s first appearance in public; she has already played at a concert held in Buckingham Palace, and she was invited to play at the wedding of one of President Putin’s daughters.

She has also received many other offers, such as the one from E4 TV to perform in a reality show. She refused this offer because at this moment she considers it more important to focus on her musical career.

In the above video, you can watch the daring musician’s performance at Britain’s Got Talent.