How to consume wax cap, a very special food 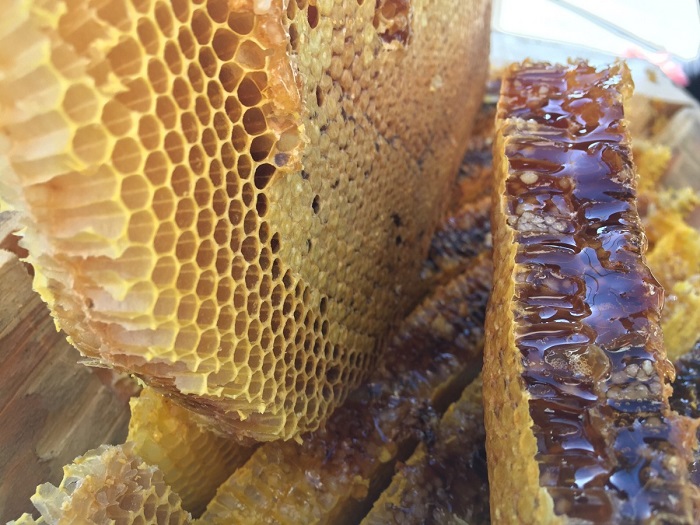 Wax cap is the material that is used by bees to seal the honeycomb to preserve the qualities of its content.

At first, honey has fairly high water content; therefore, bees first need to eliminate excess water and move the honey from cell to cell until the amount of water is reduced by 18%.

At this time, in order to preserve the honey, the bees seal each cell of the honeycomb with caps made of alternative layers of wax and propolis. Wax contributes to a good sealing of the cells, preventing the penetration of air and invaders into the hive, and propolis sterilizes the honey.

When the honeycomb is filled to 2/3 of its capacity, the beekeeper knows he has to harvest the honey. He uses a special knife to remove the sealing material, and this product is called wax cap. This substance also contains several other substances including honey, enzymes and natural antibiotics.

How to use wax cap

Due to the active ingredients in its composition, wax cap regulates the metabolism of the body, and improves and cures many diseases. This treasure of the hive is consumed by chewing until the wax melts in the mouth.

At the same time, this remedy can be used to ensure a better oral hygiene (in the case of stomatitis and parodontosis), heals respiratory diseases (laryngitis, pharyngitis, asthma) and illnesses of the liver, and increases and maintains the vitality of the body. It also has the effect of lubricating the blood vessels, thus being of great help to people suffering from problems of the circulatory system.

Taking into account the genetic qualities of the bee breed, the specialists distinguish two types of wax cap: the dry cap (which contains little honey, and there is an air cushion between the cap and the honey) and the wet cap (with higher honey content).

READ THIS: The only natural product that simultaneously kills viruses, fungi and bacteria

If you would like to use wax cap as a remedy, you should carefully check the source of the product.

There are beekeepers that cheat their consumers by crushing the honeycomb and selling it as wax cap. Wax cap has superior therapeutic qualities compared to honeycombs.

Unfortunately, due to the lack of information, this miraculous medicine is not very widely consumed.