HomeTravelCharlottenburg or Sarlota, the only Romanian village built in a circular form
Travel
03/08/2016 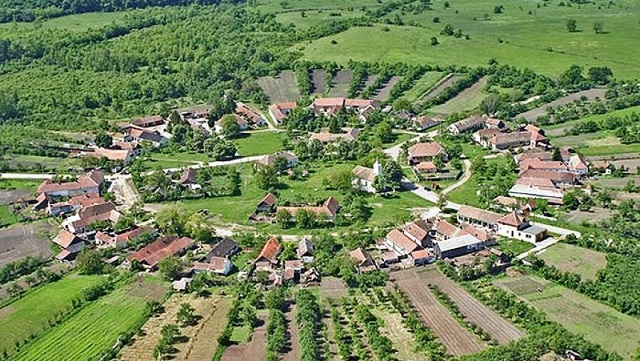 35 km from Timisoara, you can come across the only village in Romania which was built in a circular shape. The village has been declared a historical monument by the Romanian Ministry of Culture and Religion. 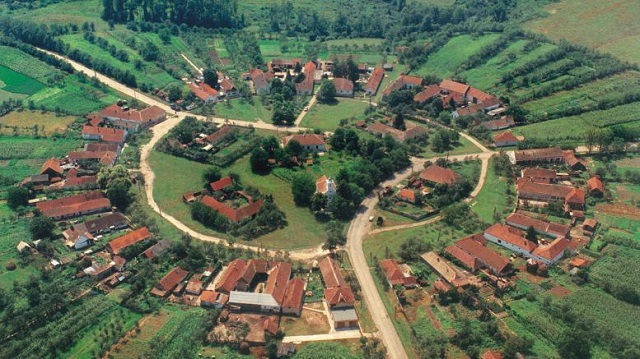 Charlottenburg, whose name was given in the honor of an Austrian countess, is a village in Timis County built in 1771 by German colonists. Sarlota, as is it also known, impresses us by its picturesque landscape adorned by woody hills, meadows and pastures, which attract more and more visitors curious to see the only circular village in the country. At the very beginning, the village was home to about 32 families including 171 persons who emigrated from the autonomous province of Trento (today found in Trentino, South Tirol in Italy), as well as from Lorena and Baden-Württemberg.

The village has been established in 1771 during the second colonization wave, when Marie Therese reigned over the Habsburg Empire.

The construction of the village has been coordinated by Carl Samuel Neumann Edler von Buchholt, an official at the State office in Lipova. The village was built in a circular plan with a 210 m interior diameter. In the middle of the circle there is a well from where the locals could extract the best quality water. The well is surrounded by mulberry trees planted in a perfect circle, and the houses are placed behind these trees. Of course, the streets are also circular. 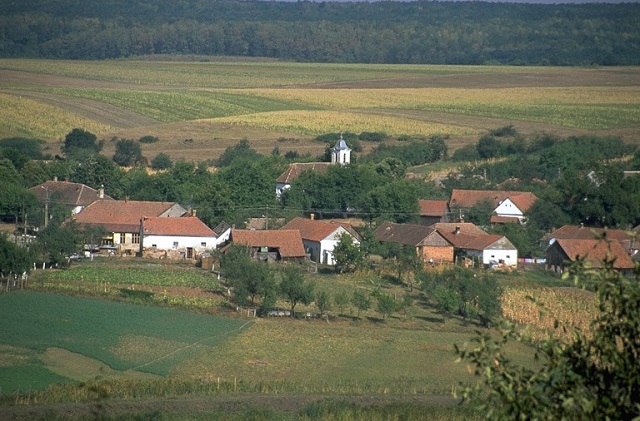 Every house owner has a large yard, with bars and silos. Behind every yard there is a garden, and behind every garden there is a vineyard. It is said that the houses are all the same height, and they are placed at an even distance from each other. Even in the present, there are 34 mulberry trees in the village, one of which has been planted during the colonization.

It is said that the most beautiful time of the year in the village is when the acacias and the lime trees are blooming and the scent literally clouds the village. Other beautiful and mystical periods are times when the grass is cut, when the sun sets or when the roar of the elks is heard from the nearby hunting park.

Hunting, the second most popular attraction in the area

Not far from Charlottenburg there is a true hunters’ heaven, which was established in 1904. The area of the park is about 1200 ha and it is home to the only mouflon population in the county, the herd being made up of over 100 animals.

In the park, there also live about 650 fallow deer, 150 boars and 50 Carpathian elks. The hunting park has originally been established for raising mouflons and elks.

At the edge of the village there is a hunting museum which is unique in the county. In the museum, tourists can admire unbelievable trophies.

Charlottenburg is a village in Timis County, Banat area.