HomeCoolAn Astonishing Sight: Elephant Tosses One and Half Ton Hippo in the...
Cool
11/20/2013 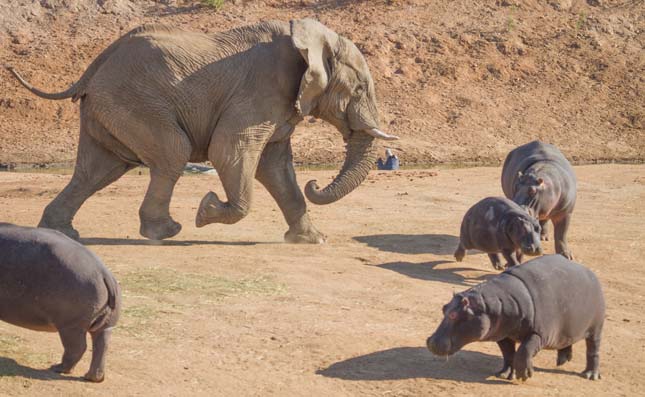 Rian Van Schalkwyk Dutch nature photographer took a series of photos of an astonishing scene in a nature reserve in Namibia. The area is ravaged by a severe drought, which makes watering places extremely busy. The watering places are the more densely visited as these are also the areas where the workers of the reserve put out food for the hungry animals.

Van Schalkwyk was taking photos at one of these watering places where a large group of hippos, consisting of about twenty individuals, was cooling down in the water. When they received their food, they went out to the shore at once. That’s when an aggressive elephant bull showed up to chase away the hippos and attack the food. The problem was that one of the hippo babies was too slow to run out of the elephant’s way in time, and its mother, in defense of her baby, immediately confronted the much bigger and stronger elephant.

What happened in the next moment astonished the experienced photographer. The elephant bull picked up the one and half ton hippo on his tusks, and tossed her in the air. The hippo landed on her back, but she didn’t suffer a serious injury. Once she made sure that her baby is at a safe distance, with the other members of the herd, she flee into the water from the angry elephant, and that’s where she waited for the threat to go away. The elephant finally decide he didn’t want the food, and after having chased away the hippos, he took a dust bath and grumpily walked away. 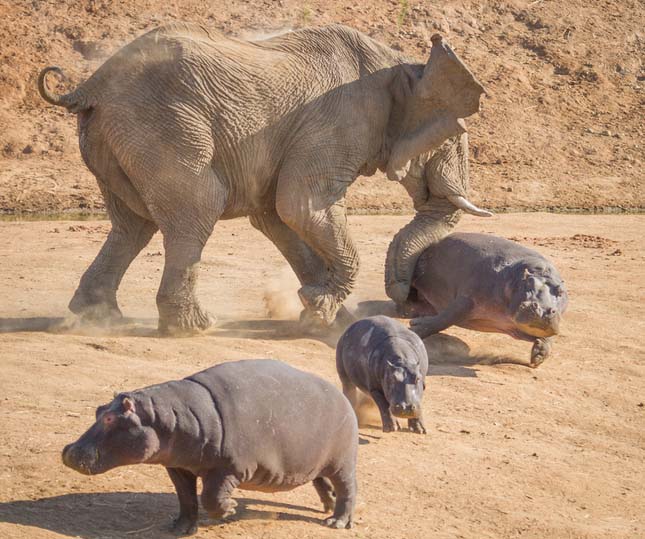 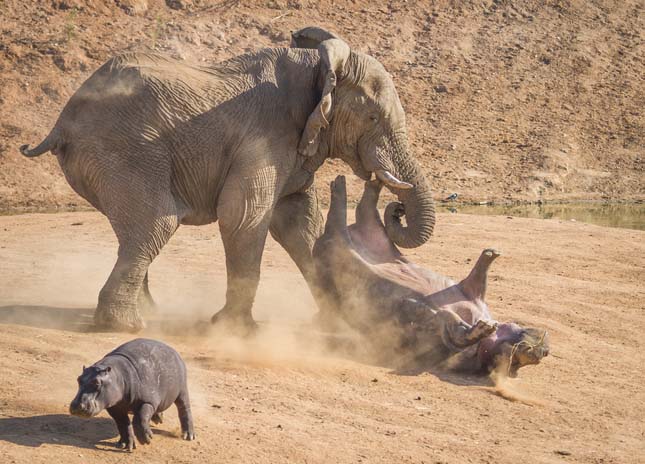 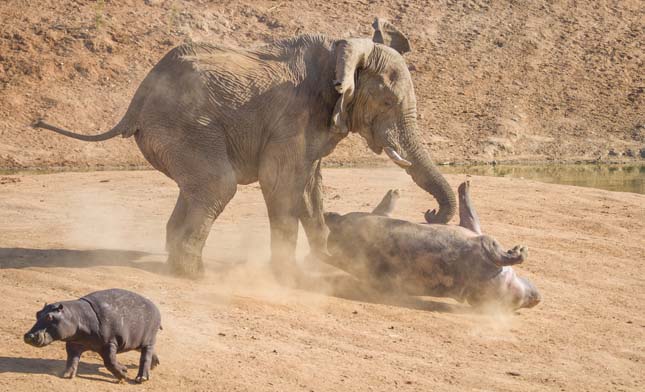 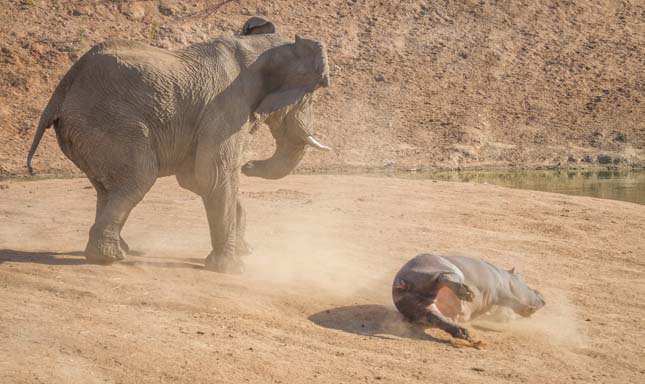