The Katskhi pillar is one of the breathtaking masterpieces of nature is situated in the West of Georgia, about 5 kilometers from the small town Chiatura. The monolithic vertical-walled limestone rock is about 40 meters tall, and it draws attention not only by its column-like shape, but also because of the chapel and the cottage built on its top.

The monastery built on the Katskhi pillar was deserted from the 15th century until the Second World War. At that time, a climber group finally decided to start exploring the rock. During the examination of the remains of the chapel, the group discovered the 600-year-old remains of a Stylist monk among the ruins.

The building has been identified as a monastery from the 7th century, and in 1993 the rock became inhabited again, when Maxime Qavtaradze, an orthodox monk, moved into the puritan environment.

The now 64-year-old Maxime lead a troubled life when young, and even spent some time in jail, but he repented later on. During the first two years spent on the Katskhi, he lived in completely nomadic conditions. By now, Maxime has been living for over twenty years in the small area on ​​the top of the hill, which was rebuilt between 2005 and 2009 with state support and volunteering work.

If someone decides to visit the Katskhi Pillar, it’s good to know that very few people venture up to the peak. On the one hand, climbing up is not easy, since the only means for getting to the top is a rather unsafe iron ladder. Maxime leaves the rock twice a week, and mostly he relies on the villagers to deliver the necessary tools, food and drink. With the help of the monks living in the neighborhood, Maxime has created an astonishing little garden in which he mostly grows vegetables.

The Katskhi rock is a place where you are welcome to look around but not allowed to touch many things, but it is definitely worth to be seen. 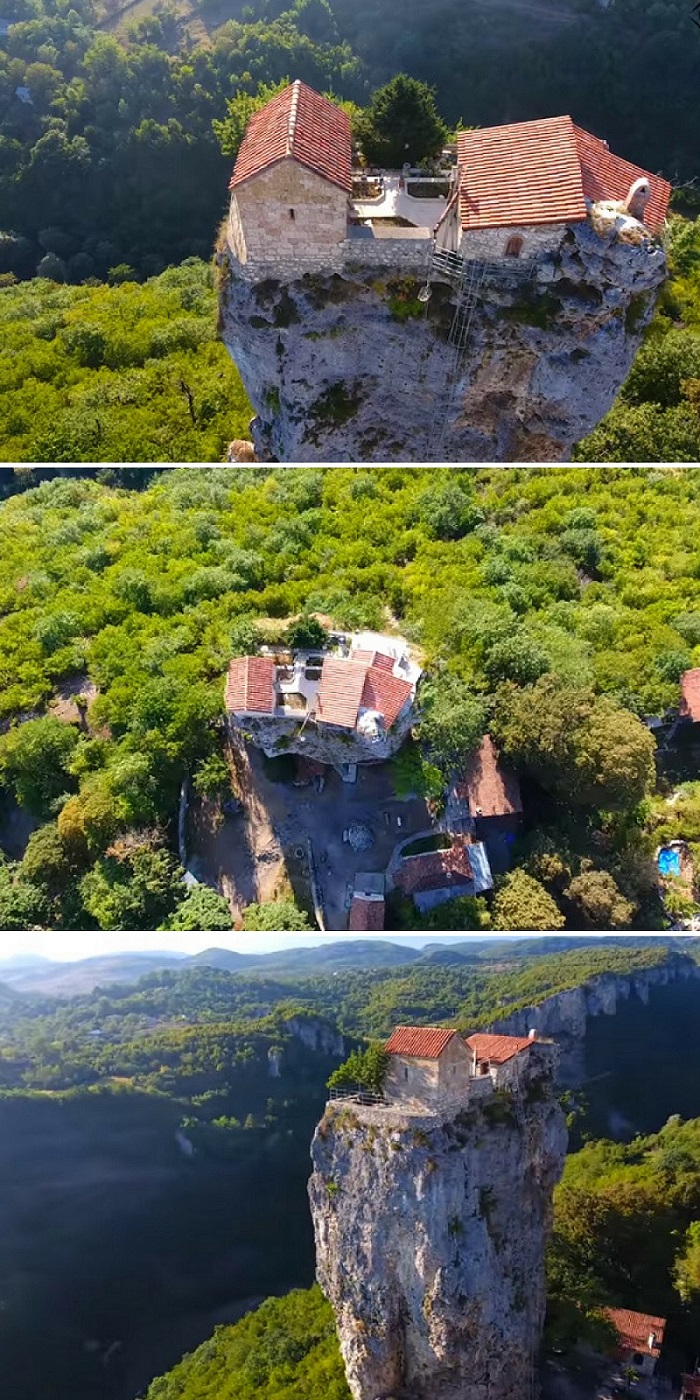