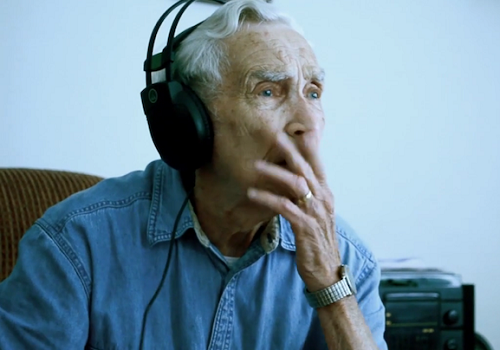 Unfortunately, nowadays it is very rare that a couple persistently remains together for decades in a relationship, marriage, faithfulness and love.

Fred Stobaugh is now 96 years old. His wife, Lorraine died in 2012, at 91 years of age. Then, the loving husband wrote a song in the memory of his wife, but he wouldn’t have dreamed that the song would become a worldwide success.

The couple lived in a happy marriage for 73 years, and, according to the confession of the husband, this love continued even after the death of his wife. This love led the man to enter the song in the Green Shoe Studio’s song writing contest. The members of the commission found the contestant a bit unusual; nevertheless, perhaps for this reason, their interest was sparkled. In addition, the lyrics weren’t eligible according to any of the contest rules, but the organizers still thought they should give a chance to the 96 year old man in love. They proposed Fred they would write a tune to go with the lyrics, and the song would be recorded in a professional studio, with professional musicians.

The song has become a huge success. “It is one of the most sincere and touching songs we have ever recorded”, declared the studio team. The amazing success can be measured in numbers: the documentary that presents the production of the song has already been viewed 1.6 million times, and it is leading the hit lists now.