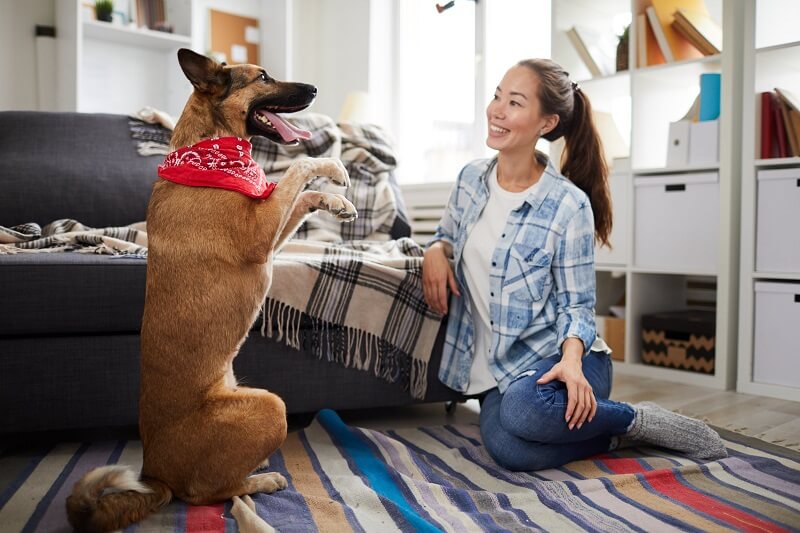 Dogs are extremely intelligent and quick learners, but you still need to be very careful about what catches their attention in or around the house. There are many things in homes that may not harm us, people, but can be life-threatening for our pets. It is good to know that you should try to keep the following things as far away from your dog as possible.

This special Christmas plant looks exotic and beautiful, but it can also be downright dangerous for pets. While not nearly as harmful to cats as, say, Easter lilies, it’s still worth keeping an eye on your pooch to make sure they don’t eat it. If a dog ingests several pieces of the plant eats, it can lead to serious stomach pains and even vomiting.

Sweets, such as a bar of chocolate, are not in themselves good for your dog’s health, as you’ve probably already learned. But the biggest problem is not the ingredients, but often the packaging itself. Most of the time, pets don’t waste any time taking the wrapper off and eat the snack with the plastic or aluminum foil, which can cause them serious stomach problems.

As for other foods, grapes and onions, for example, can also be dangerous for dogs, so it’s not a good idea to leave them on the table either.

Just like for children, small, prickly toys are dangerous for dogs! According to vets, it’s very common for a dog to play with a small, sharp object and then accidentally swallow it. This can not only cause choking (although this can be extremely dangerous, too), but can also lead to serious and even life-threatening problems if a sharp object gets into the stomach of a dog.

Although you might think that most drinks are harmless unless consumed in excess, there are actually plenty of liquids that your pet shouldn’t drink. Never allow your dog to sip tea or coffee, for example, and never let them near alcohol.

These liquids do not have any adverse effect on us in small quantities, but they do on pets: in many cases, they cause vomiting, diarrhea and breathing difficulties.

5. Bones are also off limits

In children’s stories dogs always love bones, but in reality bones should not be given to dogs at all. Especially chicken bones are often very sharp, and it’s only a minor problem if you cut the inside of your dog’s mouth while eating. The bigger problem is that it can also cause problems in the stomach, as the sharper surface can easily cause damage to the digestive organs.

6. Medicines and vitamins for humans

Just as you wouldn’t take any medicine that was made for animals, you shouldn’t give your dog capsules made for humans! Even if a painkiller helps you to heal, animals are built differently and even a single pill can be dangerous for them. In fact, the same rule applies to vitamins, especially those containing zinc.