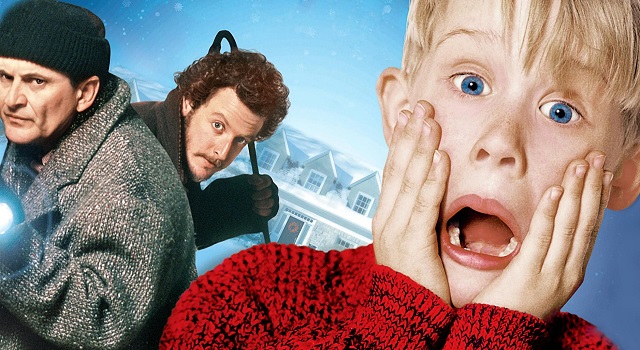 Everybody knows and loves the movie; however, there are some secrets that not everyone knows.

1. The person on the photo supposedly taken of Kevin Buzz’s girlfriend is actually a boy, as the producer didn’t want any girl to be shown in such a humiliating photo.

2. The role of Uncle Frank was specially created for Kelsey Grammer.

3. According to an urban legend, Elvis Presley, who died in 1977, shows up in the movie. The scene in question is when Mrs. MacCallister loses it at the airport information desk, because she wants to fly home to her son.

4. The Playboy found in Buzz’s room is the July 1989 issue, featuring Erika Eleniak of Baywatch on the cover.

5. Two men were playing with fishing lines and flash lights behind the “evil furnace” in the basement.

6. Robert De Niro was supposed to play the role of one of the burglars, but he rejected the offer.

7. The movie “Angels with Fitlhy Souls” that appears several times in Home Alone doesn’t exist; however, the title is a reference to “Angels with Dirty Faces”, an actual movie produced in 1938.

8. The “Talkboy” voice recorder used by Kevin was never marketed; the one used in the movie is only a prototype.

9. The scenes featuring John Candy were all filmed in a day, but a very long day for that: the actors and the crew worked for 23 hours non stop.

10. Once, Kevin was injured for real. In the ominous scene where Harry bites his finger, the bite turned out a bit stronger than expected.

11. Daniel Stern had a tarantula on his face for real, but he wasn’t allowed to scream so as not to scare it away. The sound was added to the scene later.

12. ”Home Alone” is considered a cult movie in Poland. It is broadcast every year during prime time since 1990. It was watched by 5 million people in 2011.

13. The first scene filmed was the one when Kevin goes to buy a toothbrush.

14. The old Marley (of whom Kevin is scared) wasn’t featured in the original script.

15. The producer, Chris Columbus’ wife, Monica Devereux is featured in the movie: she plays one of the stewardesses on the plane.

17. The scene in which Kevin’s parents are at a police station is in fact filmed in the principal’s office at a middle school.

18. The photo on the poster of the movie was inspired by the famous painting entitled “The Scream”.