Teenage boy tells about his experience of Heaven 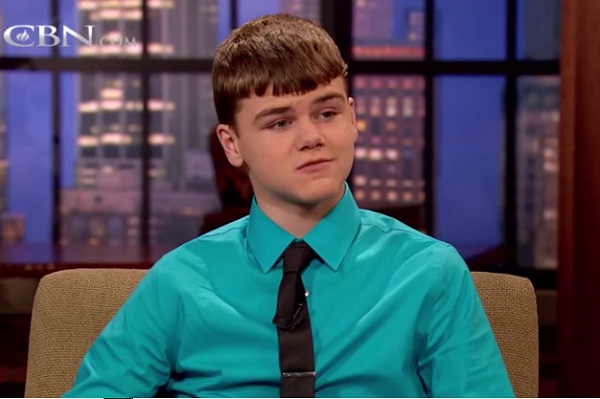 He met his unborn sister, and he spent some time in Heaven – claims the 14 year old boy, who went through a critical condition due to appendicitis several years ago.

At the first sight, Colton Burpo is the average American teenager: he wears a big smile, he is mischievous, and his head is full of plans. Nothing unusual, is he? However, despite the appearances, the 14 year old is very, very special: ten years ago, he had an experience very few have ever had. He spent some time in the afterlife, and he came back to tell about it.

On that day, Colton’s parents rushed him desperately to the hospital, because the boy’s tummy ache wouldn’t subside. After a quick examination, it turned out that the family had come just in time: Colton had to have an immediate appendix surgery. However, more desperate moments were in wait, as the boy’s appendix perforated during the surgery, and the routine intervention turned into a resuscitation procedure.

The doctors fought for Colton’s life for a long time; during the resuscitation process, the little one’s condition became critical, and the parents were bracing for the worst. The father locked himself up in a room and started fighting with God, asking why this was allowed to happen.

Colton was taken home 17 days after

The boy didn’t die; in fact, he started healing so quickly that he was allowed to go home in 17 days after the surgery. A few days after he started recollecting what happened to him while the doctors were fighting for his life. “Heaven is real”, he said, and he started telling about seeing himself from the outside on the day of the surgery. He also saw how his father had locked himself in a room and sobbed, and how the doctors had done everything to save his life.

To top it all, the little boy started telling how a choir of angels that had greeted him as he had arrived to Heaven, and how he had sat on Jesus’ lap.

„He was only imagining things…”

When the parents told their friends about their son’s experiences, the reaction often was that the boy must have hallucinated and imagined things, and that he had created his own version of Heaven in his imagination. However, the parents weren’t convinced by these opinions, especially because of the fact that Colton told them that he had met and talked with his great-grandfather and his never-born sister.

The great-grandfather died 30 years before Colton was born, and he was never mentioned to the boy, but Colton described him in details. His sister was miscarried, and the parents never told about her to Colton. The father, Todd Burpo wrote a book about his son’s astonishing story, and the book became a hit, leading the bestselling lists for weeks. This year, Colton’s story was also told in a movie produced by Randall Wallace.

Colton hasn’t been the one and only person who reported afterlife experiences that occurred during a near- death situation. Eben Alexander neurosurgeon, for example, suffered from meningitis in 2008, and he fell into a coma for a long time. His doctors didn’t give him much chance to recover; however, not a long time after, the surgeon regained consciousness, and started telling about his experiences in Heaven as soon as he could talk.

Alexander also published a book about his experiences in 2012, in which he reveals that before that life-changing moment he had also believed that visions about Heaven during a near-death state are only visions created by the brain rather than real experiences. However, now he is dedicating his life to prove that Heaven exists.