How to recycle a pair of old jeans 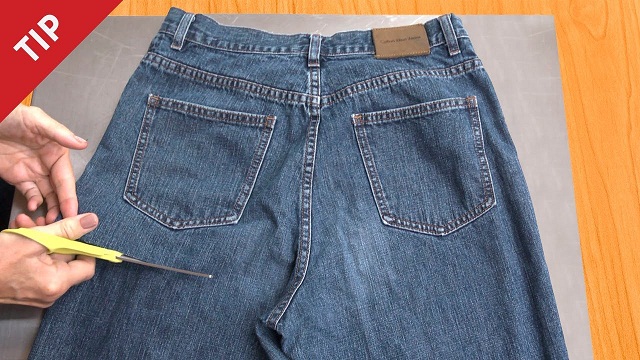 There are some things that never go out of style. Following the impressive evolution of jeans, it is obvious that this garment is one of the things that endure over time, and they always conquer new territories.

Levi Strauss, generally considered as the inventor of jeans, was born on the 26th of February 1829 in Buttenheim, Germany. As a young adult, he opened a cloth business in New York. In 1847, at the outbreak of the Gold Rush, he left New York and moved to California, where he opened a hardware store for miners; in addition, he also marketed some canvas-like, very resistant cloth. After a trader told him he should make pants out of this strong material, he saw a good business opportunity and promptly set to work.

In 1871, a tailor named Jacob Davis, a customer of Strauss, began to have problems with the seams of the pockets on miners’ pants, as they ripped too easily. Davis’ applied an interesting solution: he started to apply some small metal disks that were originally used in making horse harnesses. These components have become the precursors of the brass staples that are used nowadays to strengthen the seams of jeans.

Levi Strauss died in 1902, but his company continued developing as his four grandchildren took over the business. They started branching out the styles of the jeans (work and casual), and they started making jackets, skirts and various women’s clothing accessories. In 1985, Levi Strauss & Co. has become the largest producer of denim pants in the world.

It is said that every American has at least 7 pairs of jeans, which makes this garment the most used one in the United States.

What should we do with our jeans when they became worn or their cut goes out of fashion? Should we throw them out or try to recycle them? Here is a very interesting movie on how you can alter a pair of jeans if you don’t wear them anymore.