A Town Where Everybody Rides a Bike Since 1898 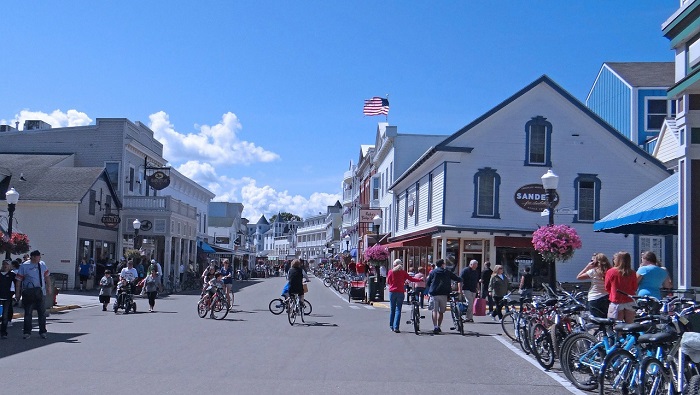 Incredibly, there hasn’t been automobile traffic in Mackinac, Michigan for 115 years. According to reports, the town inhabitants are much healthier and fit, relaxed and happy than people in most other towns. No wonder, since they don’t have to worry about how to manage in a busy traffic, and whether they can arrive home unharmed; and last, but not least, since regular cycling contributes greatly to a good health. Taking all these into consideration, we can only envy people in this community.

The town is on one of the islands on Lake Huron. Here, only police, ambulance and fire fighter vehicles are used, and besides them only a few service companies use cars, but only electric ones. We mustn’t think this town is some underdeveloped settlement: it boasts with an airport and a harbor as well.

According to the local chronicles, the cab horses became spooked of the first automobiles that started circulating 115 years ago, and cars were banned as fast as they were brought in to the settlement that numbered about 500 inhabitans back then.

Nowadays the car-free Mackinac becomes a veritable tourist paradise during holidays. Each summer, it has 15 thousand visitors who happily cycle back and forth on the highway built at the edge of the island.

The inhabitants of the town don’t have to spend a small fortune on gas, and they are very careful to buy comfortable, good quality bicycles with large baskets attached to them, so shopping becomes easier.