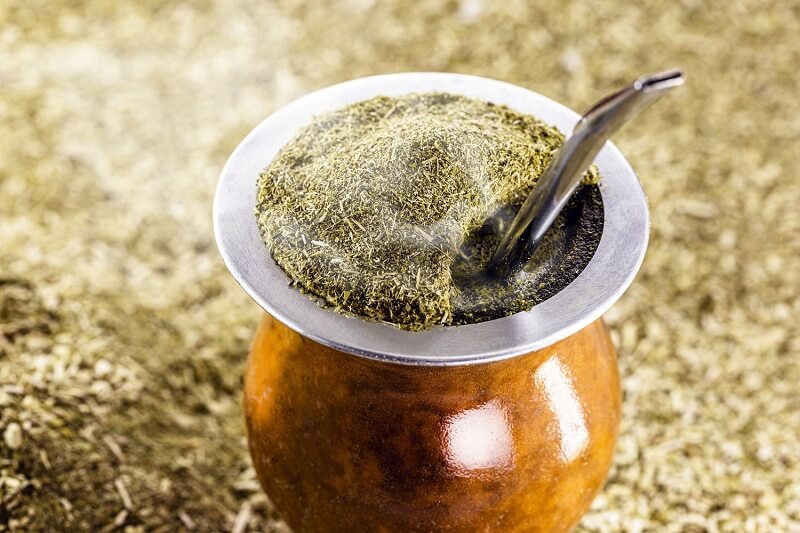 The South American culture is a unique blend of traditions and symbols well-known around the world. One of these traditions is the serving of mate tea, an infusion made from an herb called “yerba mate”.

The preparation of this tea varies from one region to another, but there is a shared feature: the tea is placed in a mug called gourda, and then 70-80 degrees of water is poured over the yerba mate leaves. After that, the mug is shaken until the yerba mate falls apart into the finest particles. After a few minutes of infusion, a so-called bombilla straw is used to sip the tea to avoid drinking the crushed leaf particles.

Although mate has a slightly bitter taste, it has many benefits for health. The most well-known of these is the prevention of obesity, due to its rich content of thein. Also known as “quechua mathi”, the tea stimulates metabolism and fat burning and inhibits hunger.

This type of tea is not recommended for persons who suffer from hypertension, cardiac problems, anxiety, insomnia and gastric or duodenal ulcers. Also, it is not advisable to drink in the evening as it may cause insomnia.

The South American population has long used yerba mate tea as a traditional herbal remedy against digestive disorders. Yerba mate supports digestion by stimulating the production of bile and other gastric acids.

Yerba mate helps cleansing the colon and thus contributes to the elimination of toxins.

Quick homemade puff pastry from four ingredients. It keeps for a long time in the freezer

The gold of the cold season: why to eat lots of quince in autumn?

A green smoothie for brain health that a neuroscientist drinks daily