The incredible healing properties of ginger 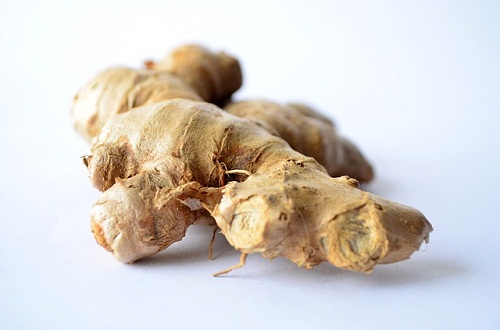 Ginger is more than a simple kitchen spice; it is also able to cure many illnesses. Originating from China, this root is now widely cultivated in India, West Africa and the Caribbean.

Ginger got its name because of its shape resembling an elk’s antlers. Even Confucius, the famous Chinese philosopher mentions it in his writings, and so does the Koran. In Europe, ginger is one of the oldest known spices.

The healing properties of ginger

The best-known medical use of ginger is to improve digestion. Ginger contains calcium, iron, magnesium, phosphorus, sodium, potassium, mineral salts and vitamins A, B complex and C. The consumption of ginger helps the secretion of bile, a process that also stimulates the appetite and increases the absorption of nutritional compounds. In addition to improving digestion, ginger relieves stomach cramps, diarrhea and bloating symptoms as well.

Ginger is effective in relieving morning during pregnancy and nausea that appears as a side effect of chemotherapy. The characteristic aroma and taste of ginger is due to its essential oil content. Gingerol found in this root has analgesic and anti-bacterial properties.

Ginger has an anti-inflammatory effect as well. It can relieve rheumatic pain in the joints or pain associated with bone loss. To mage ginger bath, pour boiling water on 1-2 slices of fresh ginger. Cover the pot to preserve the essential oils, and after approximately 10 minutes, pour the infusion into the bath water.

Ginger can reduce cholesterol levels and high blood pressure, and minimizes the risk of stroke. Due to its blood thinning effect, ginger reduces the risk of heart disease.

As a result of the consumption of ginger, your body warms up and you start sweating. This is especially helpful if you have a fever, as sweating cools the body. Colds, cough and sore throat are relieved if you drink ginger tea. Boil two cups of water with two tablespoons of grated fresh ginger added for about ten minutes. Season the tea with honey and lemon

Fresh ginger means the whole, raw roots of ginger, which are pale brown or cream-coloured. Inside, these roots are pale yellow.

Next time when you are suffering from a sore throat, leave the medicine bottle in the medicine cabinet and drink a glass of delicious ginger tea instead. You will be surprised how quickly you will start feeling better.

Grab a lemon and a piece of ginger root, roughly the same size. Peel the ginger and cut it into slices. Proceed the same way with the lemon. In a jar, place a layer of ginger slices, a layer of lemon slices and repeat until you have used up all the ingredients. Then fill up the remaining space in the jar with honey.

Store the jar in the fridge for three days. The honey will change in texture, becoming thinner; you can add this flavorful liquid to tea or drink it undiluted.