Stones moved by vampires in Romania? 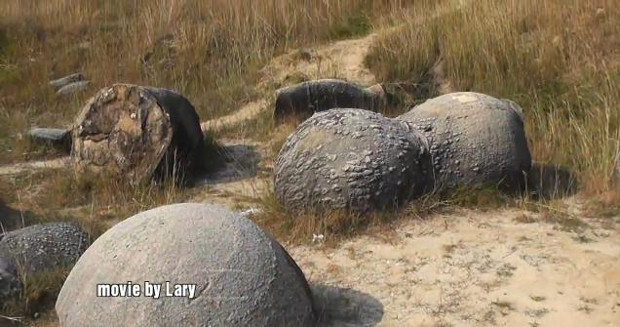 Stones are growing and moving by themselves in several places in Romania. According to some locals, they are created and moved by supernatural powers. What is the truth?

Trovant is the name of the huge stones growing and acting strangely in many parts of Romania. They behave like living creatures despite of being pieces of rocks, which, in principle, are unable to grow and move. Their best known finding place is Costesti, but they can be found in at least 12 more places all over the country. Several explanations have been invented on how their growth and locomotion is possible. The least scientific but most fantastic sounding idea is that vampires are the reason for their behavior. At least this is what people in the village have heard for decades.

Another, more realistic explanation brought by Hoax or Fact is that trovants are built of cemented sand, a kind of sandstone. This material can reach compactness similar to the one of cement. After a heavier rainfall the compact sand soaks enough water in to look as if it has grown. At the same time, the structure of these stones is similar to that of trees: if we cut them in halves, we will notice that they are built of concentric rings.

In 2008, at the International Geology Conference in Oslo, experts rejected the above explanation, mostly because of the components found in the structure of these stones. The members of the congress think that the trovants were formed under paleodynamic circumstances, as the sand in these stones contains a significant amount of carbonate-type components. 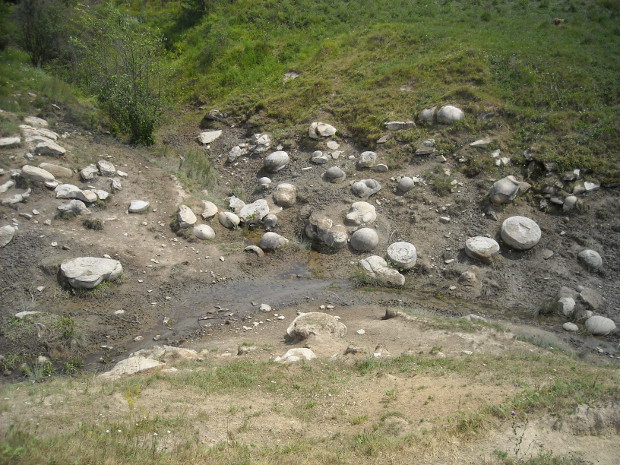 The regular spherical shape of the stones is explained by seismic movements, gravity and the cohesion force that holds the sand grains together. Experts assume that precipitation and various liquids also had a role in the formation of the stones. However, so far it is unknown why stones have a multitude of different shapes, and why some of them are about the size of a human head, while others weigh over a ton.

Researchers think that the stones grow at different rates depending on what kind of fluids they come in contact with. For example, stones found in areas close to springs rich in calcium carbonate are significantly larger – supposedly rainwater getting in contact with minerals and cement starts a chemical reaction between the various layers of the stones.

In consequence, there are some viable explanations about the growth of the stones, even though the explanation given by the congress is not fully accepted. As about the reason why the stones change place, it doesn’t seem that an acceptable theory exists. According to some, the stones start moving when they reach a certain size; others think that weather, strong winds and moving soil are behind this strange phenomenon.