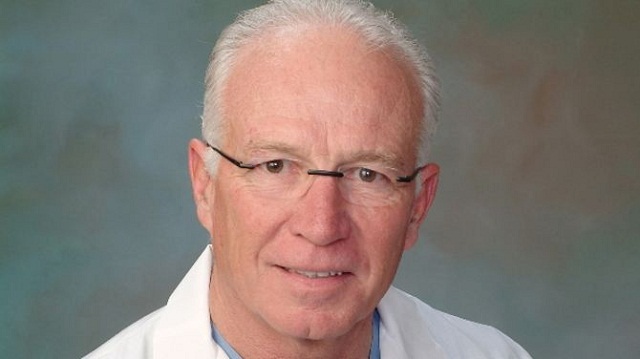 The following are the confessions of Dr. Dwight Lundell, a cardiologist surgeon; his confession has become viral very quickly worldwide.

“We physicians, because of our training, knowledge and authority that we represent, in most cases develop a pretty big ego, which tends to hinder us in admitting when we are wrong. But now, here I am to openly admit that I was wrong. I am a heart surgeon with over 25 years of experience, during which I performed more than 5,000 open-heart surgeries. Today is the day when I will try to straighten some of the wrong I have done with the help of some medical and scientific proof.

I trained for many years with many other prominent physicians, doctors labeled as ‘opinion makers’. Convinced by medical literature, we insisted that cardiovascular diseases are the result of high blood cholesterol levels.

The only accepted therapy was prescribing drugs to lower cholesterol levels and recommending a diet with a severely restricted fat content. In the case of the latter, of course, I insisted that the purpose was to lower cholesterol and to prevent cardiovascular disease. Deviations from these recommendations were considered heretical and could possibly lead to the opening of malpractice cases.

These recommendations can‘t be defended morally and scientifically. Findings discovered a few years ago which prove that inflammation of the arteries is the real cause of cardiovascular disease; these discoveries are slowly leading to a paradigm shift regarding how cardiovascular diseases and other chronic conditions will be regarded and treated.

Old recommendations have created epidemics of obesity and diabetes, the consequences of which have surpassed the plague in history in terms of mortality, human suffering and serious economic problems.

Despite the fact that a huge percentage of the population uses expensive medication and the fat content of our diets have been reduced more than ever, this year many people will die of cardiovascular disease.

According to the statistics of the American Heart Association, over 75 million Americans currently suffer from heart disease, 20 million have diabetes and 57 million have pre-diabetes. These diseases affect people increasingly younger, in an increasingly large number every year.

Inflammation is not a very complicated phenomenon – it is simply the natural response of the body to defend itself against foreign invaders such as bacteria, viruses or toxins. The natural cycle of inflammation is perfect to protect the body from invaders. However, if we expose the body to toxins or food that the human body was not created to process, the result is a condition called chronic inflammation.

What thoughtful person would deliberately expose his or her body repeatedly to food or other substances which are known to cause harm? Well, maybe smokers do, but they have made a conscious choice. The rest of us simply follow general recommendations regarding an appropriate diet – low in fat, and high in polyunsaturated carbohydrates, not knowing that such a diet causes repeated injury to the blood vessels. This repeated injury creates chronic inflammation that leads to heart disease, stroke, diabetes and obesity.

Let me repeat: damage and inflammation in the blood vessels is caused by a low-fat diet.

What are the main culprits for the occurrence of chronic inflammation? Put in a simple way, they are highly processed carbohydrates (sugar, flour and all products made from them), as well as excess consumption of omega-6 vegetable oils such as soy, corn and sunflower oils, which are used in the preparation of a large number of processed foods.

Spend a few moments imagining a stiff brush that rubs on soft skin repeatedly until the skin becomes red, and in a state close to bleeding. Let’s say you do this several times a day, every day for five years. Even if you could tolerate this painful brushing, you would suffer from a bleeding and a swollen, infected area that would become increasingly affected by each repeated brushing. This is a great example that explains the inflammatory process which may take place in your body right now.

No matter where this inflammatory process occurs, whether it is external or internal, their nature is the same. I looked inside of thousands of arteries. An affected artery looks as if someone took a brush and rubbed it repeatedly. Several times a day, every day, the food you eat can create small lesions that may transform into much larger lesions, causing the body to respond, continuously and appropriately, with inflammation.

Although we enjoy the taste of sweet cakes, our body responds with an alarm, as if the body has just encountered a foreign invader. Foods high in sugar and simple carbohydrates, or food processed with omega-6 oils to increase their shelf life have dominated our diet in the recent decades. These foods slowly poisoned everyone” – states Dr. Dwight Lundell, MD