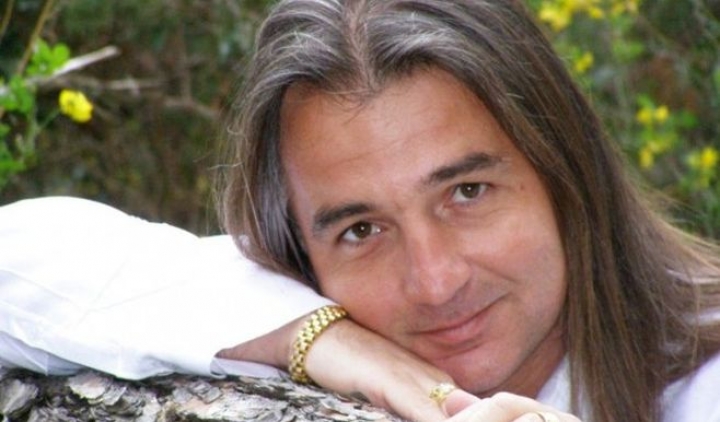 Braco, “The Gazer” is a Croatian man with a special talent in alternative spirituality. It is sufficient for him to stare at a sick person to cure them. The man has become a sensation in Europe and in the United States after several hundreds of people had confirmed that their pain had disappeared when they looked into the mild eyes of Braco.

The 46 year old man doesn’t claim to be a healer, a guru or a professor, and he leads a relatively simple life. Braco smokes, eats meat and has a wife and a child, informs Oddity Central. However, according to his supporters, Braco has a special communication with the Sun, and with its help he is able to transmit divine energy. Apparently, his power is so great that pregnant women must refrain form participating in his sessions.

Those who have been touched by his beneficial gaze, believe in his power unconditionally. The man refuses to be interviewed and he doesn’t speak to the public, so the only way his voice can be heard is via DVDs. Some claim that Braco hasn’t talked to anyone outside his circle since 2002.

The Croatian, engineer by profession, wasn’t born with this gift; instead, he has inherited it from his Serbian master Ivica Prokic, whom he met in his native country. Prokic has transferred his powers to him, and gave him the name Braco, which means “little brother”. After Prokic’s death, Braco went into the world with his new gift. During his travel, the man has collected a large number of followers.

The results of Braco’s healing gaze can be experienced by personal encounters as well as by online sessions or DVDs, or so the healer claims. He asks those who believe in him to bring a photo of the person who needs help.

The healing sessions are available to persons over 18 years of age, and their cost is between 3 and 8 dollars. Children can also see the healer, but only on his birthday. His adepts can buy jewelry from him, such as “the sign of Prokic”, a gold sun with 13 rays. A 14 karat version costs about 5000 dollars, or 3600 euros.

Braco’s supporters claim that the effects of his gaze are very powerful. Leg pains, toothaches and backaches have disappeared with Braco’s aid. Many say that they have felt the heat, the light and the love of the healer. A girl who had been adopted has found her real mother after meeting Braco, and the brother of a woman has healed rapidly after a spleen transplant.

In spite of all these testimonies, there are people who believe that Braco is nothing else than a charlatan, and the positive effects of his gaze are only psychological.