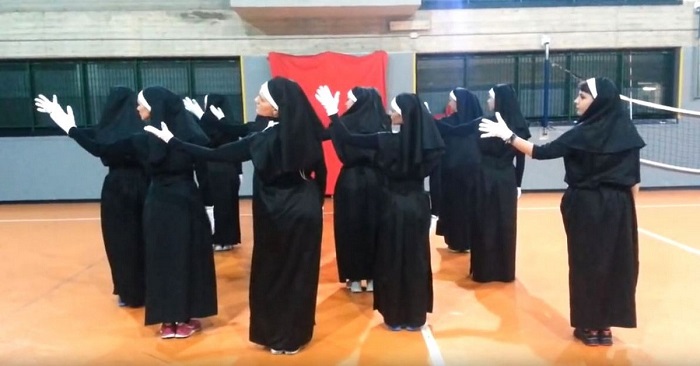 Zumba is one of the fitness programs that is getting more and more popular nowadays. It has been inspired by Latin dances, but it may also include hip-hop moves, martial arts, and even Bollywood moves. The dynamic choreographies, like the one shown in the video, always succeed in impressing many people.

The zumba concept was the result of a “happy accident”, as even its founder, Beto Perez, a fitness instructor from Colombia, calls the way zumba was born. Beto taught an aerobic course in Cali, his hometown, and one day he forgot to bring the tape he always used. Being forced to improvise, he used another tape containing salsa and merengue songs. That session had a more positive impact on its students, and after that Beto started to promote his new fitness program all around the world.

The revolutionary fitness program has attracted more and more followers, and is now practiced on a large scale. The movie uploaded onto Youtube by instructor Elena Mainardi is perhaps one of the most beautiful proofs that zumba deserves its fame. The moment inspired by the movie “Sister Act 1” starring actress Whoopi Goldberg is truly impressive.

The 12 trainees stand up in front of the camera dressed in nuns’costumes and stage a choreography which is moving at the beginning, and very engaging as it unfolds. In a wonderfully synchronized routine, the dancers first move their hands and upper bodies, and then, when the music begins to get more dynamic, their feet start moving at a crazy pace. A formidable moment!